Take a seat in the riverside amphitheater! Sister-city Bantry, Ireland is located on the southwestern corner of Ireland, looking out on an important deep-water port to the Atlantic Ocean. This amphitheater looks west to the Mississippi River (on your left), the Black River (center), and the La Crosse River (right). The anchor is reminiscent of a much larger anchor in Bantry recovered from the French Armada of 1796. The mill wheel is a replica of a larger wheel in Bantry. The Celtic Cross pattern appears in the center of the walkway and is an important symbol of Ireland. Trees to note are the Horse Chestnut, featuring white flowers in spring followed by fruit covering a brown nut, an aspen grove and the many evergreen shrubs: yews, arborvitae, and pine. The “mini twist” is an unusual and fun white pine! This garden features plants that suggest the green of Ireland: hydrangeas, hostas, ferns, mosses, wildflowers, sedges (a grasslike plant), St. John’s Wort, and Spanish Bluebells. 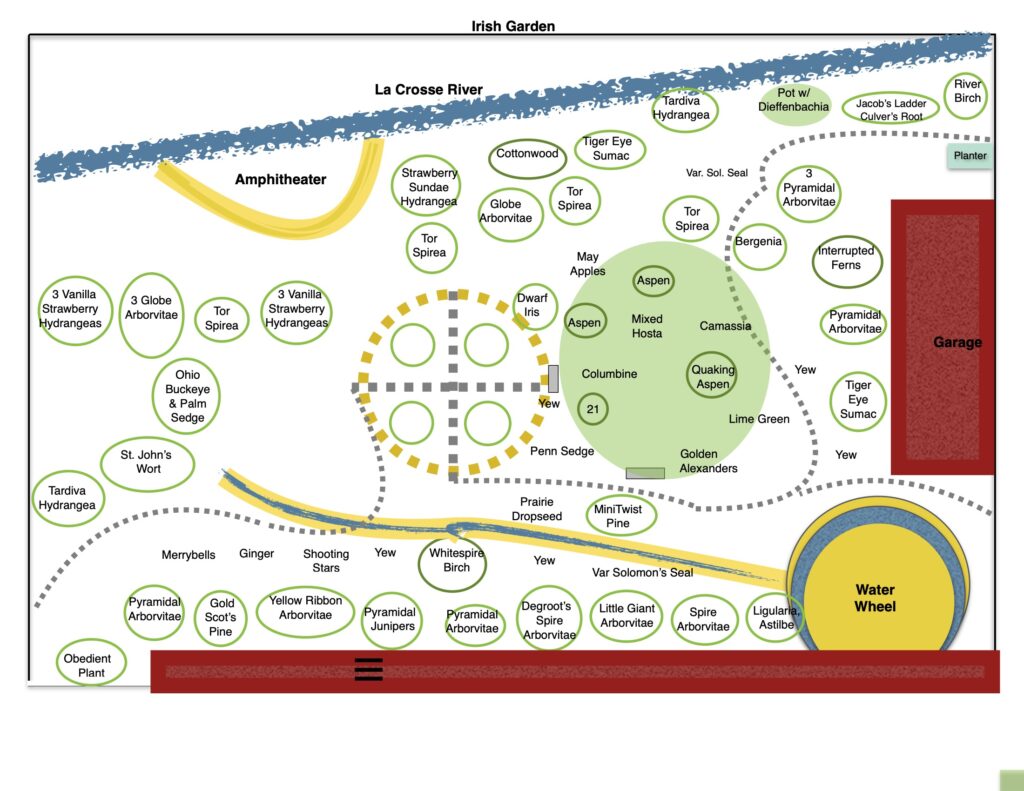